Paintings “Caracas”
The project ‚Caracas’ consists of a series of portraits put together from three elements: individuals serving as examples, architecture and structures. Each portrait is regarded as a collage, where these three elements interdigitate. Clothing has no perspective and the perspective of architecture does not consort in either case with the internal space. Everything remains virtually in two dimensions.
A portrait always consists of two canvas. Thus the space seems to expand and a continuation becomes conceivable.
In some paintings there is a base structure, which means that picture was painted on a cloth with a kind of relief-structure, which emerges in the painting like an embossment („Via cilea“).
The pictures are conceived in a way which permits to expose them as diptychs or all of them in a body, just like an intersected building with many adjoining apartments housing different individuals.
It’s like a section-view through the architecture of many southern cities which over decades have been shaped through the edification of new buildings in huge districts from people hoping in an enhancement of their circumstances of life in the 20th century. In order to facilitate the perception of the observer, the floor and the banister are always charted on the same level.
The chosen architecture from the 50ies and the following years represents a period when the apartment as expression of modernity was born, but simultaneously often anonymity became the basic element.
I analyze exemplified people living in that buildings, emphasizing on the structures of clothes and interiors. The structures bring a story into a place which has no story, and define the individuality of the inhabitant.
The collage underlines the immobility of the picture, there is no movement, because there are no light reflections or the light reflexes are static in order to accentuate the forms. 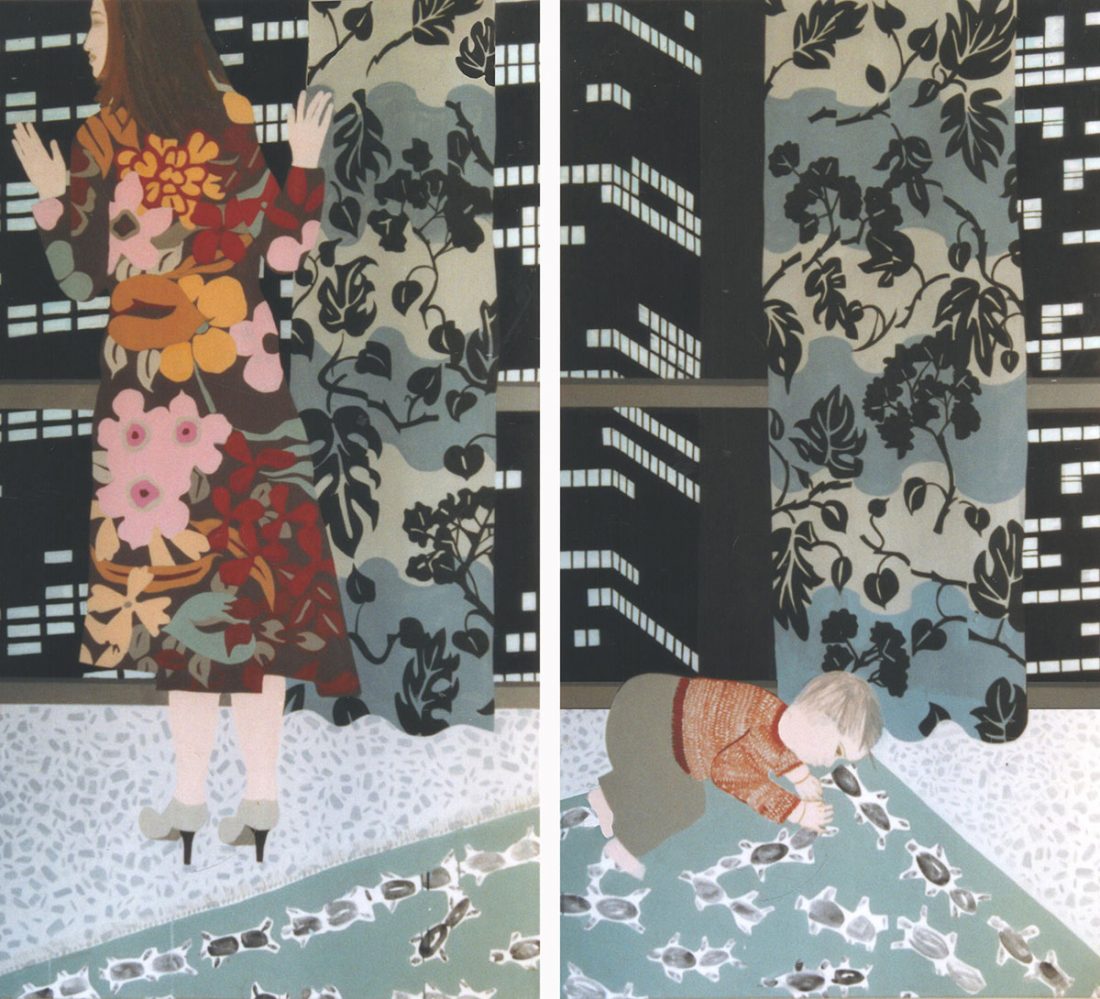 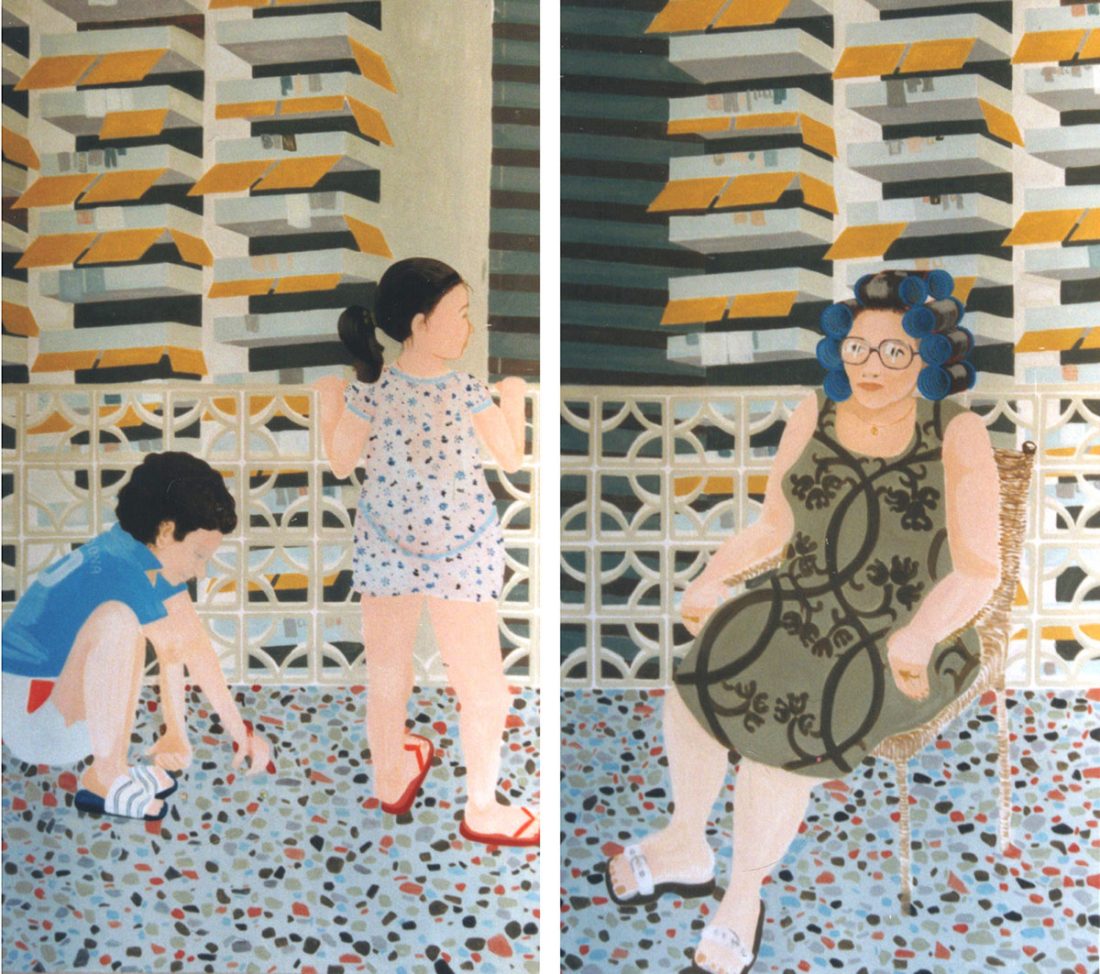 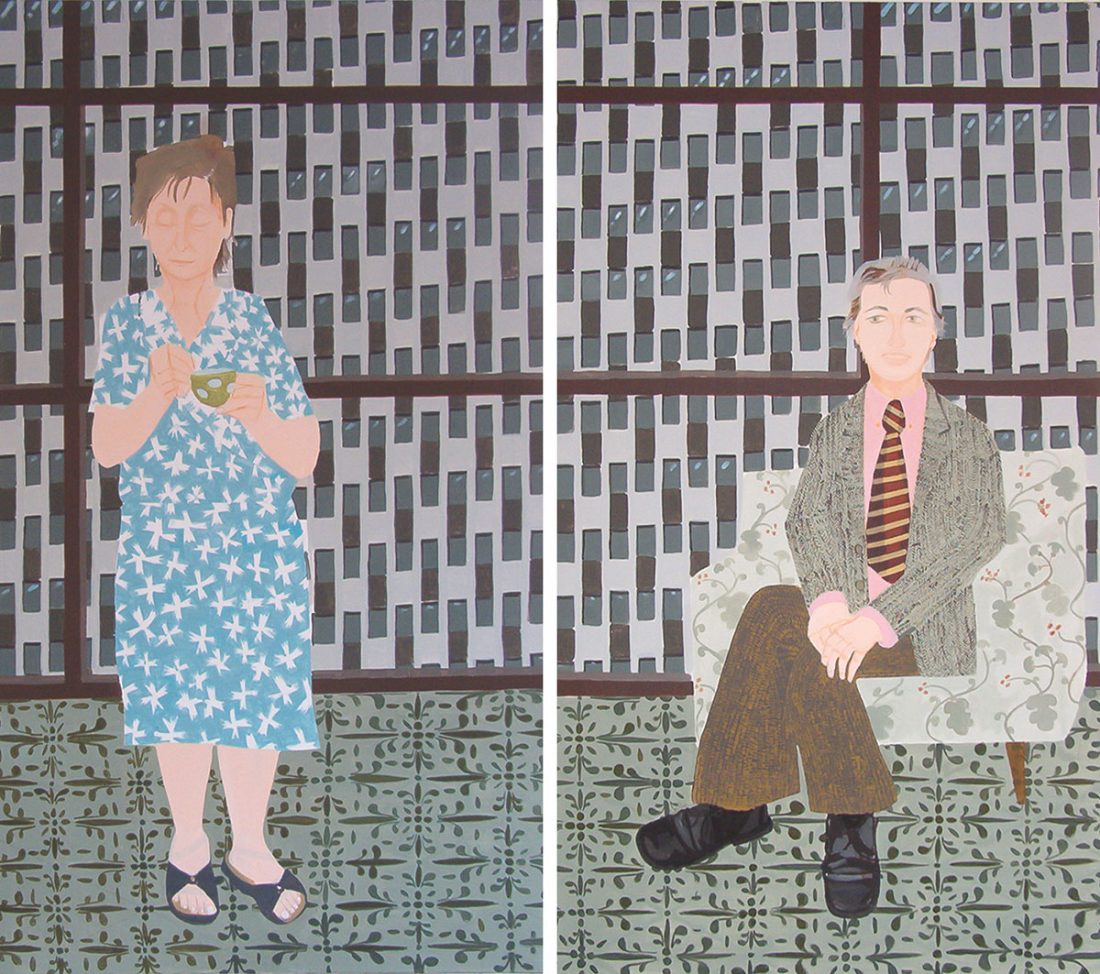 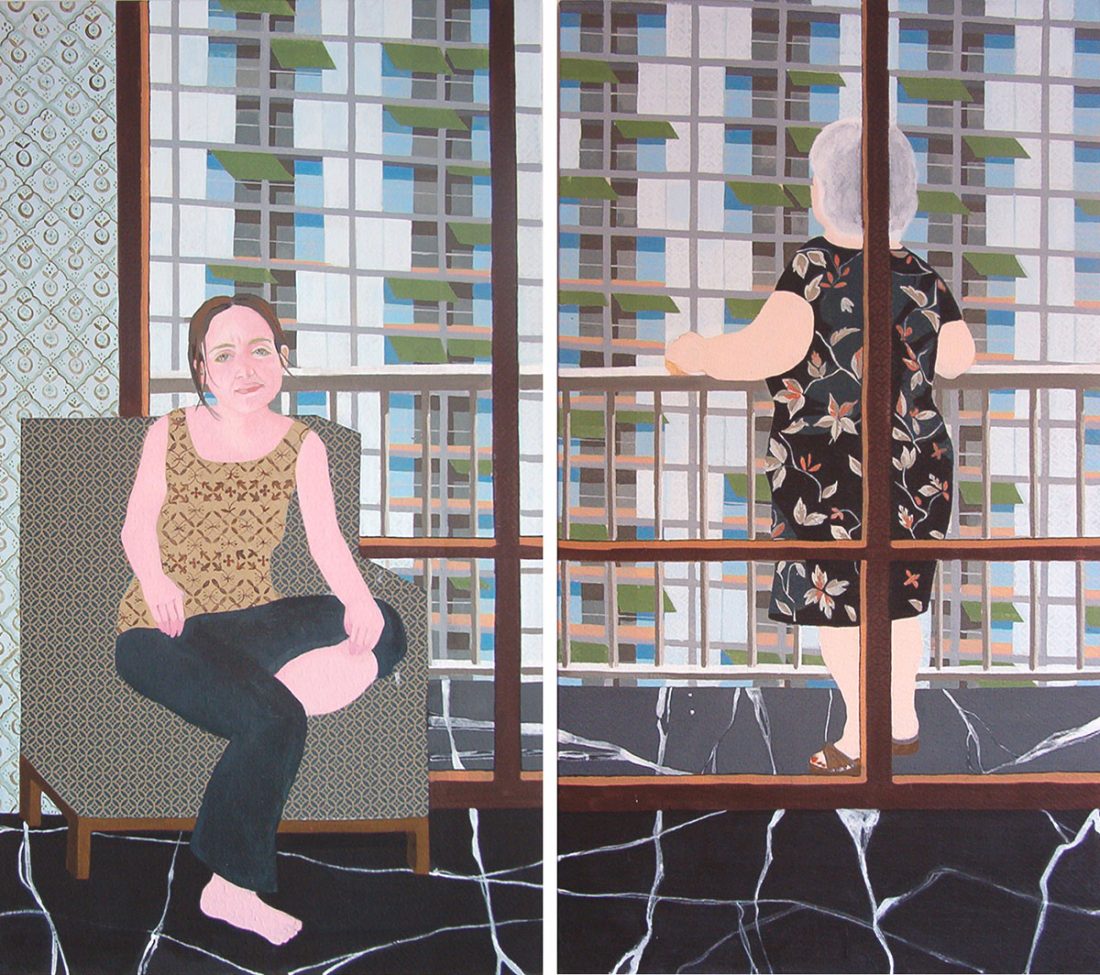 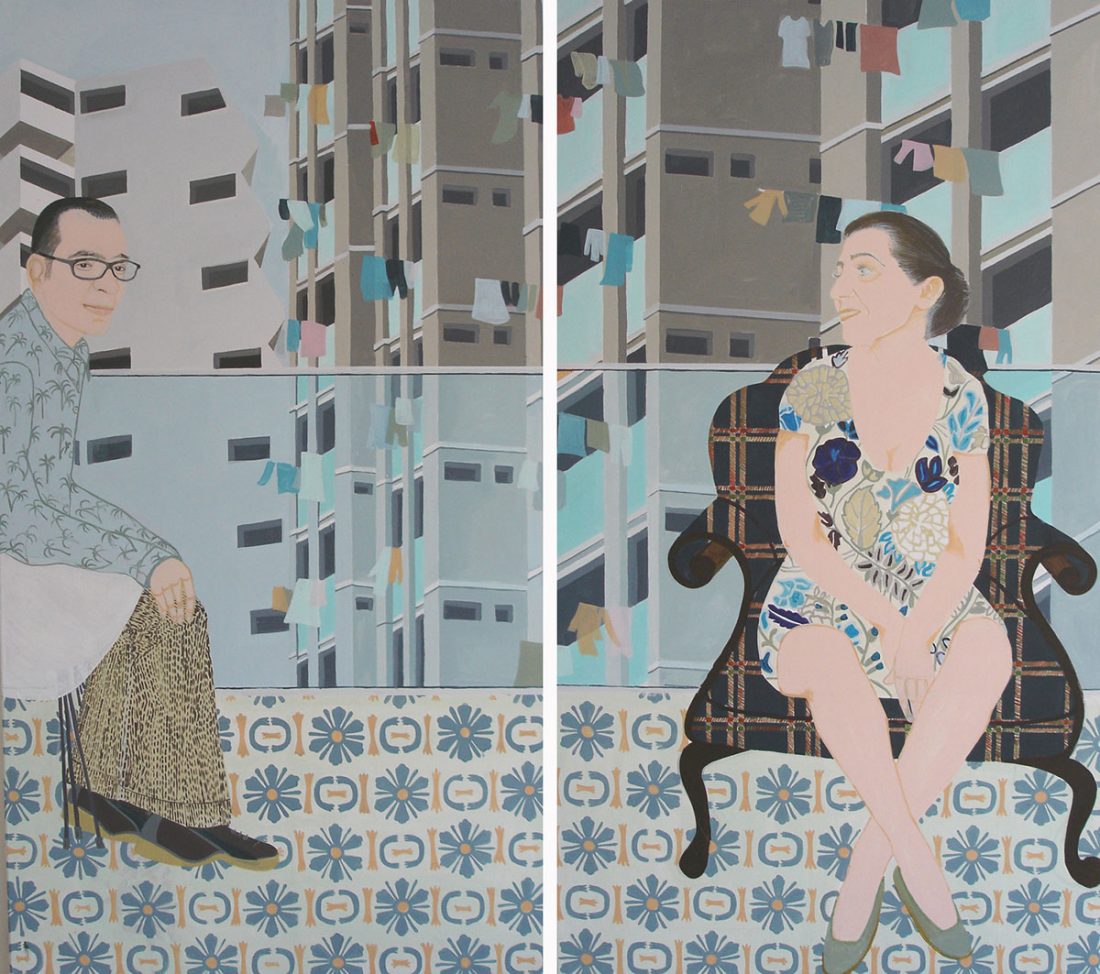 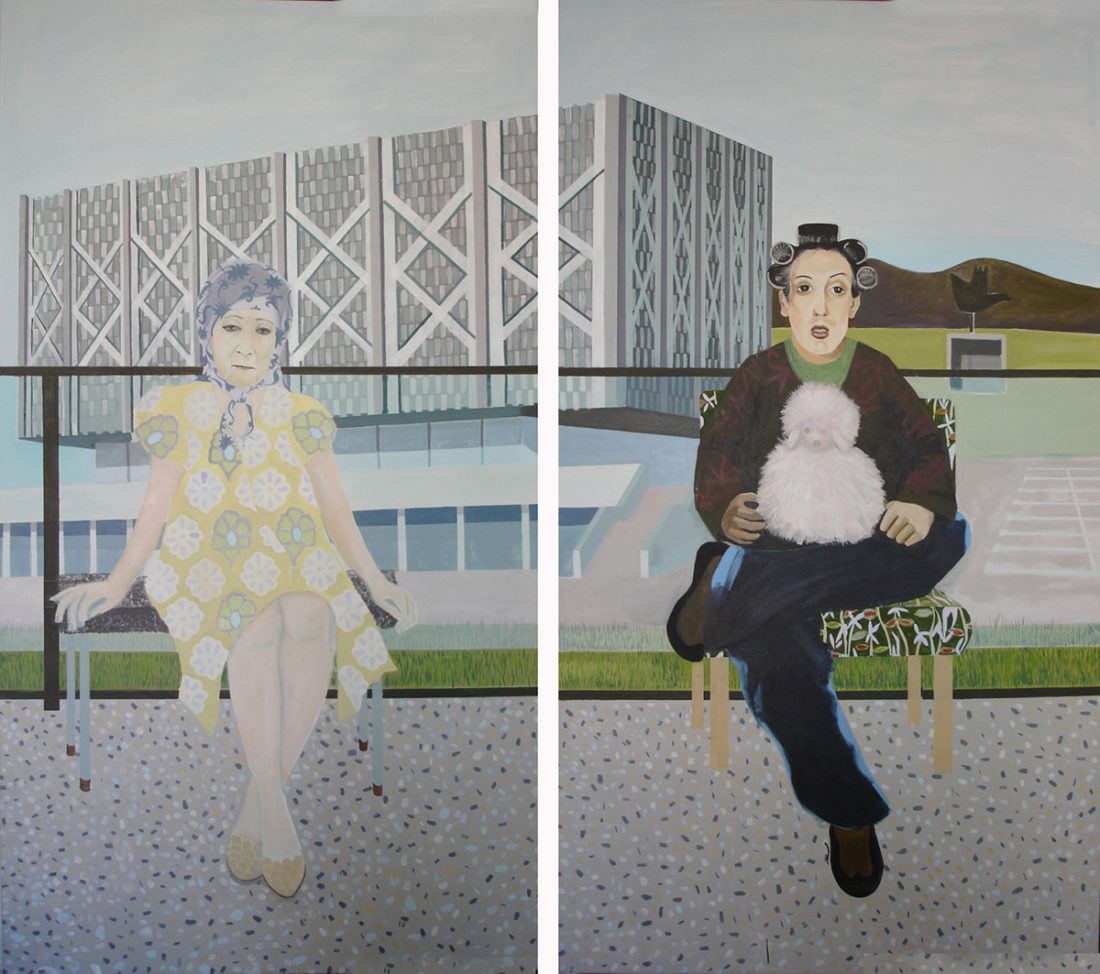